Broadstairs Folk Week began in 1965. It is an independently organized festival that takes over the town in the second week of August. There are over 550 events during the festival week that include concerts featuring the best in folk, roots and acoustic music; ceilidhs and dances; a full programme of music workshops for all ages and abilities and many free family events and an exciting children’s festival. Broadstairs Folk Week brings an enormous economic benefit to the town. Thousands of visitors pour into Broadstairs and many local businesses support the festival as they can see a genuine effect on their turnover. The festival is a registered charity, all fund-raising is ploughed back into Folk Week so that it can be organized professionally. People who buy Season Tickets for the festival come from all over the country and local accommodation is often booked up a year in advance. Over 170 volunteers help run the event - applications to join the workforce are downloadable from the Folk Week website. Folk Week applies for support from the Broadstairs and St Peter’s Town Council, Thanet District Council and Kent County Council. Commercial sponsorship is very important to the festival as it enables Folk Week to stay in the town and not move to a green-field site outside of Broadstairs. Corporate Supporters of Folk Week are mainly retailers in the town who contribute upwards of Ł75 per year and are listed in the Souvenir programme. Major sponsors of the festival include Shepherd Neame, the Co-operative and Canterbury Christ Church University. Folk Week is always seeking support to help ensure the future of the festival. Folk Week only happens through the combined efforts of many, many people who love it as an event and its unique atmosphere - unequalled by any event in Kent. It has been enriching the local community for so many years that it is in danger of being taken for granted. Every year, the fund-raising begins from scratch and volunteers sell lottery tickets, shake collecting tins, sell merchandise and tickets or persuade their friends to become Friends of Folk Week.

View Our Members More from Things To Do Apply To Join 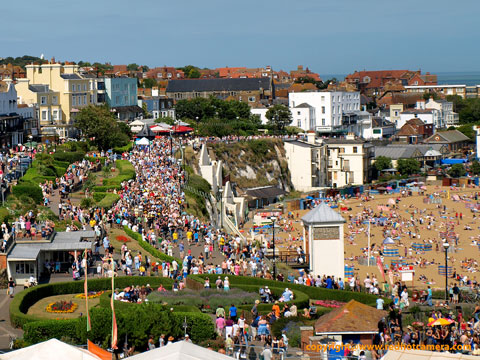